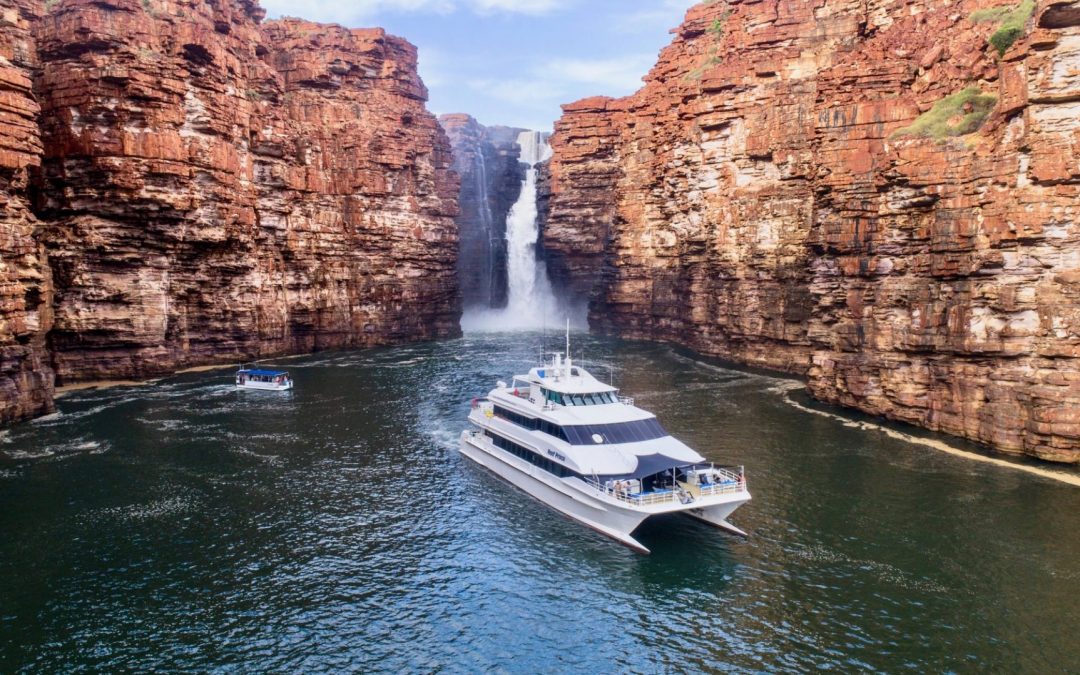 In what it describes as the “most comprehensive, unbiased, well-considered gazetting of Australian holidays to have ever been published” Australian Traveller magazine chose cruising the Kimberley coast, as The Greatest Holiday of Australia.

It went on to say that “there’s no better way to see the Kimberley and her 2500-odd islands than by sailing around her edges in one of the world-class adventure cruise ships on offer.”

There is so much to see and every Kimberley cruise operator’s itinerary is unique and everyone will have their own opinion on the top things to see, but here are our top five Kimberley Cruise highlights: 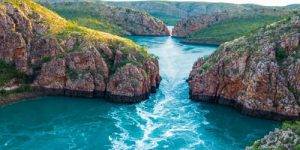 There are only two waterfalls in the world that run horizontally and both of them are at Talbot Bay.  Described by David Attenborough as ‘one of the greatest natural wonders of the world’, the Horizontal Falls provide a perfect demonstration of the awesome power of the Kimberley’s huge ten metre tides.  The geology of the area is striking and reflects the changes that have occurred in this region over the last 2000 million years. 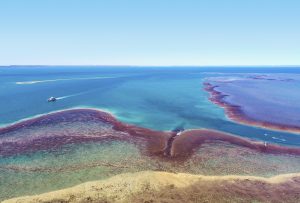 One of the wonders of the Kimberley coast, Montgomery Reef is a spectacle to behold as the entire reef appears to rise from the ocean on a falling tide. With tidal differences of over 10m over a single spring tide cycle, nearly 5m of reef gradually emerges from the ocean, as water cascades down numerous channels.  On a Kimberley Expeditions cruise you will enjoy a reef cruise to study the marine life of Turtle Gully, described by many of our guests as the most memorable moment of their Kimberley experience.

Probably the Kimberley’s most spectacular waterfall and West Australia’s highest. These towering twin waterfalls are 80 metres high. Cruise captains nose the bow of the boats to within metres of the rock face, right up under the spray. Some cruises offer helicopter flights over the falls and it is also possible to climb up the escarpment to the plateau. 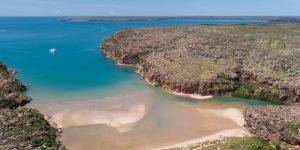 The Buccaneer Archipelago is a collection of more than 1,000 islands stretching south east from Collier Bay to King Sound. The rugged islands are often known as the Iron Islands due to their rich Iron Ore colouring. Both Cockatoo and Koolan Islands have been mined for their mineral wealth.  Reef Prince takes its guests to beautiful beaches with squeaky clean, white sand beaches and crystal-clear freshwater swimming holes.

Probably one of the most photographed Kimberley icons, a beautiful terraced waterfall on the Prince Regent River. Reef Princes tenders can nose the bow under the cascading falls to indulge in an unforgettable wash in the cool fresh water. Climb above the falls for an unforgettable swim in a massive crystal clear pool fringed with blue gums and pandanus. Be rewarded with a breathtaking view over the magnificent Prince Regent River in the distance.